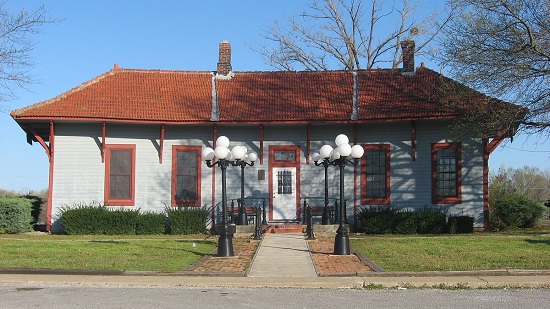 Alexander County ILGenWeb is a free genealogical site about the history of the county. We hope you find helpful clues for your research of ancestors and relatives of Alexander county.

Please consider contributing your pieces of Alexander county family history. YOUR HELP IS NEEDED. Our combined efforts can make this a great site for all who visit!

Alexander County was created in 1819. "All that tract of country within the following boundaries, to wit: West of the line between Ranges 1 and 2 east of the Third Principal Meridian, and south of the line between Townships 13 and 14, south of the base line to the boundaries of this State on the Ohio and Mississippi (rivers) shall constitute a county to be called Alexander."

Alexander county was named in honor of William M. Alexander, M.D., "one of the early settlers and a man who figured in all important concerns of this section of the country. He was in Kaskaskia, it seems, when the formation of the county was before the Assembly, and head much to do in directing matters concerning it, and from other things, we infer that he was given the authority to name the new county and called it after himself." "He was a practicing physician in America and its vicinity, and also something of a politician and public man. He represented the county in the lower house of the legislature in 1820 and 1822. He was also speaker of the house in 1822 and 1824."

Alexander County, the extreme southern county of the State, being bounded on the west by the Mississippi, and south and east by the Ohio and Cache rivers. Its area is about 220 square miles and its population, in 1890, was 16,563. The first American settlers were Tennesseeans named Bird, who occupied the delta and gave it the name of Bird's Point, which, at the date of the Civil War (1861-65), had been transferred to the Missouri shore opposite the mouth of the Ohio. Other early settlers were Clark, Kennedy and Philips (at Mounds), Conyer and Terrel (at America), and Humphreys (near Caledonia). In 1818 Shadrach Bond (afterwards Governor), John G. Comyges and others entered a claim for 1800 acres in the central and northern part of the county, and incorporated the "City and Bank of Cairo." The history of this enterprise is interesting. In 1818 (on Comyges' death) the land reverted to the Government; but in 1835 Sidney Breese, David J. Baker and Miles A. Gilbert re-entered the forfeited bank tract and the title thereto became vested in the "Cairo City and Canal Company," which was chartered in 1837, and, by purchase, extended its holdings to 10,000 acres. The county was organized in 1819; the first county seat being America, which was incorporated in 1820. Pop. (1900), 19,384; (1910), 22,741.